By Richard Adams11 July 2022No Comments

A majority of business leaders suggest that remote working will cause see workers have to use more automation in their roles. However, lack of a clear vision, and a shortage of necessary skills represent barriers to realising that.

Beyond the lockdown months, remote working has remained very popular with workers across multiple industries. Organisations have increasingly adapted to allow at least some working from outside the office in their employees’ hybridised schedules – with those refusing facing the possibility of losing out on top talent, amid a tightening labour market.

This has brought challenges with it, however. With many firms still looking to find new ways of supporting work from home while also maximising productivity, some are turning to automated technologies for help. 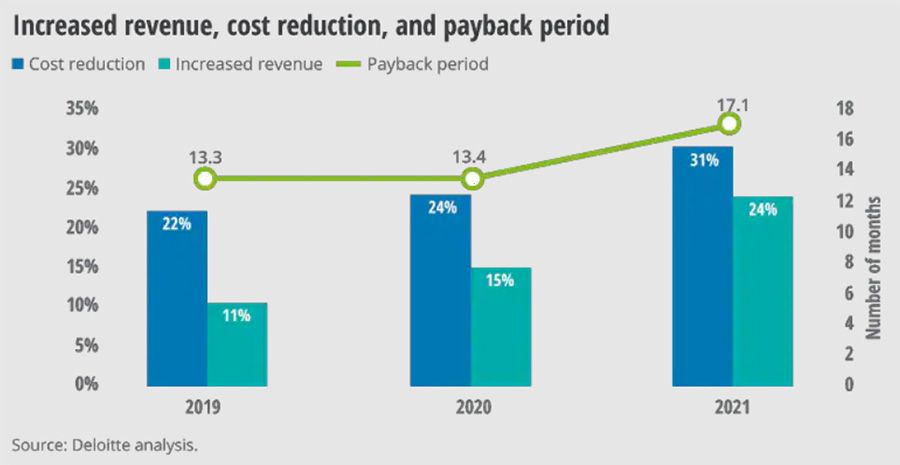 David Wright, partner in Deloitte’s Intelligent Automation team, said, “With organisations adapting to a changing business landscape, remote working for many has become the ‘new normal’. Automation is playing a crucial role in enabling greater productivity, no matter where a workforce is based. Whether it’s responding to basic queries or streamlining workflows to allow more time for collaboration, intelligent automation is here to stay. The task now will be upskilling and training the workforce to adapt to these new technologies so that everyone can benefit from them.”

But while businesses are keen to deploy technology as they adapt to new ways of working, that is seen as being easier said than done by most bosses. A majority of 55% of business leaders told Deloitte that a lack of skills and experience is a significant barrier to implementing a wider range of intelligent automation technologies in their organisation. 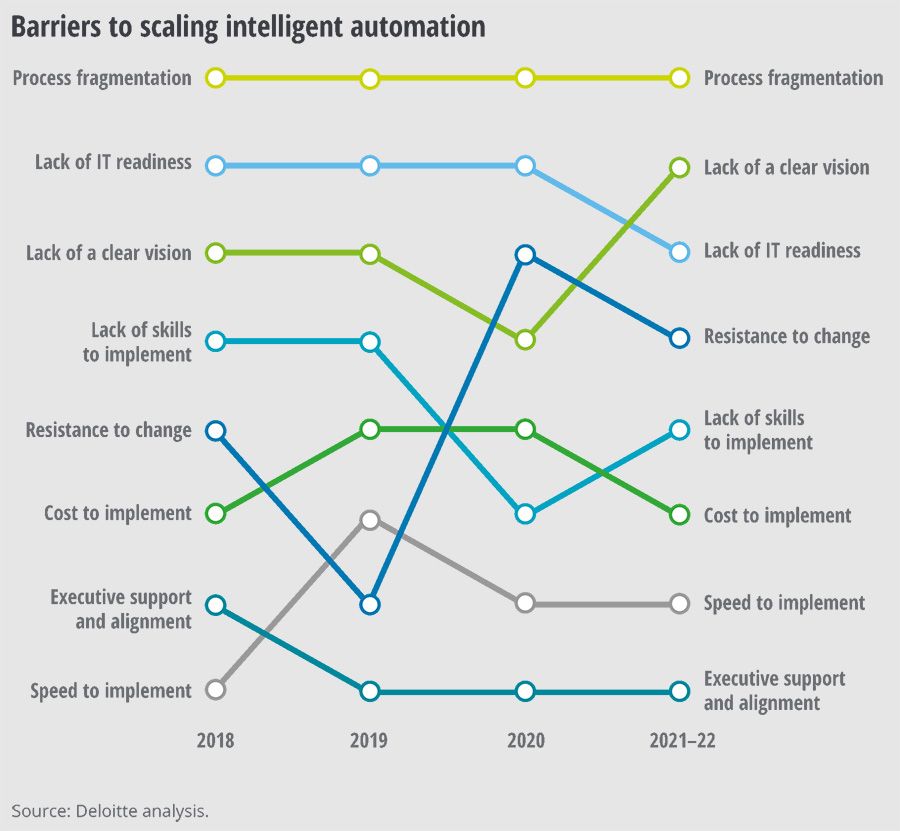 This was a significant increase on a 2020 survey by Deloitte, which found that cost to implement was seen as a much bigger problem for automation. At the same time, however, a number of other hurdles are still perceived as greater to the execution of new AI strategies.

Wright added, “Adoption of new technologies may be seen as daunting for some organisations who are facing a big change to the way their business operates. However, we are seeing positive feedback from business leaders who say that automation is already having real-time benefits in scaling, productivity and improving resilience. There are also high expectations for further improvements as a result of implementing intelligent automation strategies, which we will hopefully see developing across all sectors and organisations in the near future.”