By Richard Adams23 June 2022No Comments

UK risk experts are most wary of believe remote working and decentralised management are opening the door to fraudsters in 2022. At the same time, many experts are worried that a lack of clarity on ESG laws is making it increasingly difficult to comply with them – posing a new risk to firms.

Professional services firm Kroll has surveyed more than 700 risk experts around the world, to find which issues are causing them most concern in 2022. The anti-bribery and corruption (ABC) risks study found that a plurality of respondents expected risk levels to remain consistent – but areas of concern varied across the 14 nations polled.

The global average suggested the cybersecurity and data breaches were the greatest threat – with 34% citing them as the most likely driving force for risk increases in 2022. Meanwhile, the impact of remote work was a distant second – at 22%. 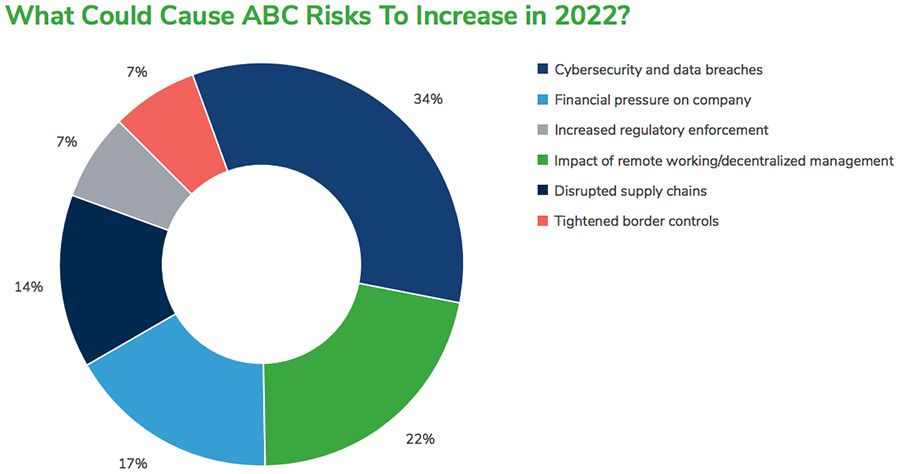 This was not an opinion shared by UK risk experts, however. The primary factor driving the increased concern in the UK was found to be the impact of remote working and decentralised management – at 38%. Meanwhile, 23% of experts suggested supply chain disruption and cyber security and data breaches were the next biggest drivers of risk.

Kevin Braine, Managing Director in the Compliance Risk and Diligence practice of Kroll, commented, “It’s clear that some of the legacy impacts of the pandemic, such as supply chain disruption and remote working, are still major sources of concern. These changes will likely be with us for some time yet, so it’s important that businesses find a way to incorporate them into their ABC programmes.”

With remote working, there is a notable perception that life outside the office has created opportunities for some members of the workforce, and managers, to exploit their positions. However, studies have also noted that while those instances of fraud did rise in 2021, the jump was nothing in comparison to the rate at which professional criminals had stepped up efforts to defraud British businesses. On this basis, it might be clear why other nations had different risk priorities to their UK counterparts. 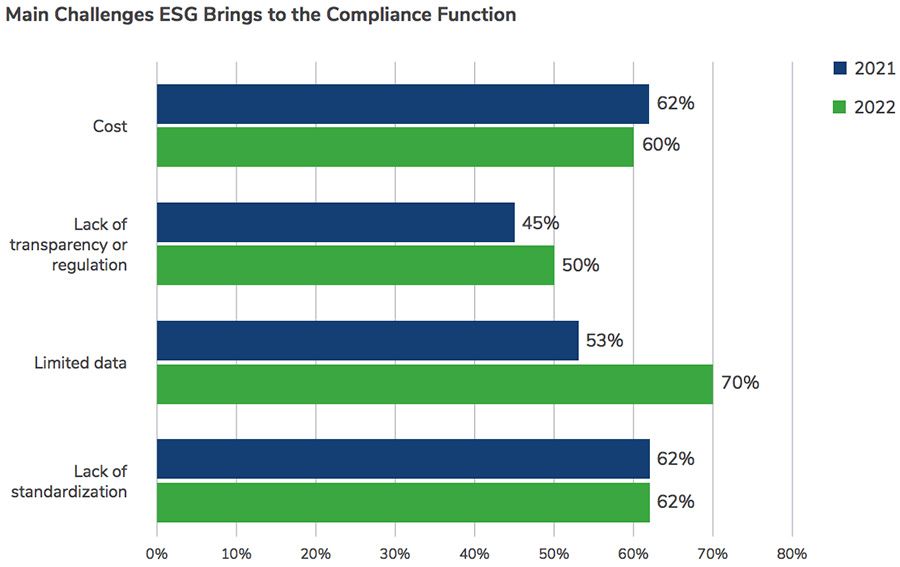 In terms of how they are dealing with risk, UK firms are the most positive globally. A large minority of 46% in the UK said their ABC programme was “very effective”. This is compared to 40% globally and 39% in Europe, while 17% of European respondents report that serious breaches of compliance are not met with thorough internal investigations. In the UK, that figure is just 8%.

However, UK respondents also argued that ESG work was itself causing them to face higher risks, when it comes to meeting compliant with financial regulations. Due to the lack of standardisation on ESG measures, 50% of UK risk experts suggest that ESG currently creates more challenges than benefits for the compliance function. This is an issue that was encountered globally – with 62% stating a lack of standardisation, and 70% stating a lack of data was making it hard to monitor the compliance of ESG drives.

Braine added, “The start of 2022 has been dominated by clear statements of regulatory intent on ESG and it is clearly a growing compliance challenge. Areas of concern around a lack of transparency or regulation, cost, a lack of standardisation and a limited amount of available data are not insurmountable, but they do need to be addressed. Fortunately, the UK seems to be on a path towards more standardisation and convergence; for many businesses, this can’t come soon enough.”