By Richard Adams30 May 2022No Comments

With talent markets still tightening in the aftermath of the pandemic, new research suggests almost half of people do not feel a “human sense” of connection to their work. Bosses push their staff back into the office does not seem likely to help, either, as people who attended on-site work were actually found to be the ‘least connected.’

The lockdown months provided a huge challenge to preconceptions of whether all workers need to be on-site to remain productive. While working remotely did not come without its own challenges, most workers valued the flexibility it gave them – and productivity did largely improve as a result. Other research suggested that leaving the office behind had created a disconnect that would “kill company culture”.

Due to this, a debate continues to rage as to whether working life should simply return to ‘business as usual’ with the rolling back of lockdown restrictions. Many employers are even deploying flexibility as a means to courting new staff amid a competitive talent market. But some ‘old fashioned’ business leaders fiercely condemn the idea that staff should be handed the opportunity to govern themselves – Alan Sugar recently labelling flexible working advocates at PwC as “lazy” for example. 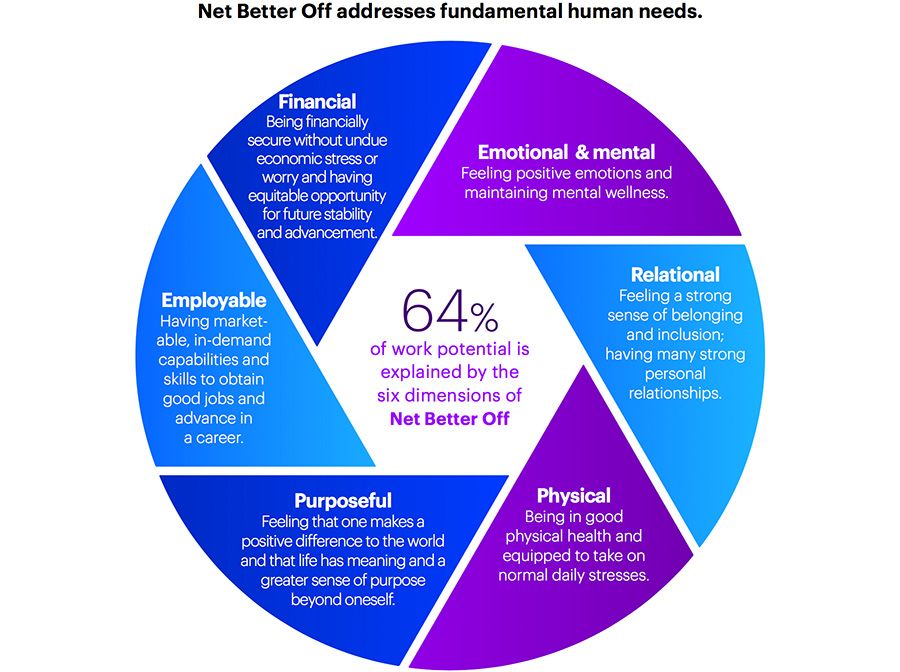 New research from Accenture suggests that bosses keen to force their staff back to the office for the sake of ‘unified culture’ or ‘ensure productivity’ may be shooting themselves in the foot, however. The study – which surveyed 1,100 C-level executives and 5,000 workers across skill levels globally in the middle of last year – found that companies in which people feel highly connected stand to gain an extra 7.4% in revenue growth each year. However, only one-in-six respondents said they actually felt ‘strongly connected’ at work – and this was worst among on-site employees.

When asked how connected they felt to their work “in a human sense”, 42% of workers engaged solely on-site activities said they did not feel connected. This was worse than those who worked hybrid patterns, at 36%; and almost double the number who worked from home but felt ‘disconnected’; at 22%.

Many businesses clearly thought a quick fix was to bring everyone back to work on-site, assuming “human connection” would happen – but it has not proved so simple. According to Ellyn Shook, Accenture’s Chief Leadership and Human Resources Officer, part of the reason so many workers, especially those who are in the office full-time, are so disconnected is because they feel ignored by senior management.

“People want choice,” Shook said. “I really believe that dialling up listening and acting on what you hear can really address that.”

So how can businesses actually build connection with their staff? Accenture found that the process partially starts with management – or rather, which traits staff would like to see embodied by their managers. Around 34% of respondents said empathy and transparency were the top traits, while 30% said trustworthiness was important. Ultimately then, organisations need to invest in developing leaders who make individuals feel safe and respected – who would listen when staff explain themselves on matters like needing flexible work, without leaving them feeling “diminished because they chose to speak up or show vulnerability.”

Beyond that, firms could also build bridges by offering up ‘omni-connected experiences’ – making sure staff feel cared for on multiple fronts. This means, amid the cost-of-living crisis, companies need to ensure their workers have financial stablility. They must also have emotional and mental support, be enabled to make healthy life choices, while inclusive workplaces need to enable them to build a sense of belonging, and their work must have an element of demonstrably making the world better. Meanwhile, they must be provided the opportunity to build skills via training, so they can advance within a firm, or outside it.

Shook concluded, “By creating omni-connected experiences, leaders put relationships first and level the playing field so every person can work to their full potential in ways that work for them—which deepens trust and drives business results.”