By Richard Adams16 May 2022No Comments

New research has found that as many as one-third of UK workers is being monitored at work. As working remotely becomes more common for many employees, meanwhile, the number of staff surveilled in their home has doubled.

In the two years since the inception of the coronavirus pandemic, the world of work has changed dramatically. Bosses, having dreaded for years that remote working would stifle productivity, found that the opposite was actually true. As such, with many workers are determined not to return to the pre-pandemic pattern of the nine-to-five routine on site, employers have increasingly rolled out ‘hybrid working’ schemes to accommodate that. The shift is not as utopian as it might appear, though.

Before the pandemic, one of the tactics a growing number of employers was turning to in order to boost productivity, was workplace surveillance. In 2019, a study from Accenture found that 62% of businesses were eyeing new technologies and sources of workforce data to police activities such as toilet breaks and even key-board activity. Prompting fears of a dystopic Panopticon of constant observation, 49% of business leaders even suggested that in the absence of sufficient legislation to guide them, they would still press ahead with using new technologies to collect workforce data without taking additional measures for responsibility. 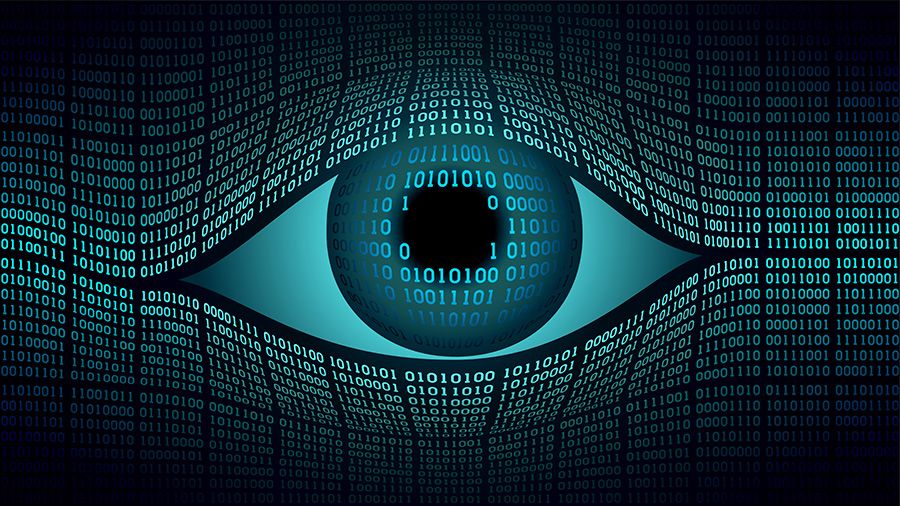 During the pandemic, with work shifting to the home during lockdown for millions of employees, workplace surveillance did not take long to shift into the new environment. Reports from the Guardian in early 2021 illustrated this, noting that Teleperformance, which employs 380,000 people, planned to use specialist webcams to watch its staff during working hours. Now, as hybrid working becomes the norm for many employees, this practice is becoming more widespread – and it is worrying experts.

Polling commissioned by Prospect at the turn of the year found that 32% of workers are now being monitored at work, climbing eight percentage points over six months. This included a doubling of the use of camera monitoring in people’s homes – an alarming increase. Just 5% had deployed such measures in mid-2021, but this hit 13% by the year’s close.

IT workers union Prospect’s General Secretary, Mike Clancy, said, “We are used to the idea of employers checking up on workers, but when people are working in their own homes this assumes a whole new dimension. New technology allows employers to have a constant window into their employees homes, and the use of the technology is largely unregulated by government. We think that we need to upgrade the law to protect the privacy of workers and set reasonable limits on the use of this snooping technology, and the public overwhelmingly agree with us… I encourage any workers who are worried about monitoring to join Prospect and support our campaign.”

The research, carried out by pollster Opinium, also found that this might be something of an own goal for firms. It is worth noting that a 2017 study by Baylor University found that monitoring software correlated with greater employee tension and less job satisfaction, which naturally caused a higher staff turnover.

Amid a period where many companies complain of struggling to fill roles, as record numbers of workers re-evaluate their careers in the wake of the lockdown months, the survey found 80% of workers thought that the use of webcams to monitor remote workers should either be banned (52%) or heavily regulated (28%). The findings extended across all demographics and political lines. For example, 74% of those who identified as Conservative voters to the survey said they thought such surveillance should be outlawed.

Meanwhile, in terms of age, younger workers between the ages of 18-34 – typically in more precarious jobs – found they were at a significantly higher rate of monitoring than their older colleagues. Overall 48% of younger workers report being monitored at work, including 20% being monitored using cameras. While managers might feel they can press home an advantage with these workers at present, due to their low status within firms, this might also be an own goal for firms – as the talent they will eventually depend upon will not easily forget their treatment, while their productivity in the here-and-now will likely suffer as a consequence.

To that end, Michael Cupps, Senior Vice President, Marketing at ActiveOps– a management process automation company – contended that if managers changed direction, and instead started to “trust their employees,” that employees would in turn “reward this greater autonomy, and the morale boost, with increased productivity.” He added that workforce surveillance was not just “unjust and unethical”, but “entirely self-defeating.”

Cupps explained, “A happy team is a productive team. It’s no secret that investing in your employees’ wellness can reduce sickness rates, improve work motivation, and encourage a better sense of team morale. And an effective team is what your bottom-line needs. You’d be better off, and so would the quarter’s profits, if you monitor your staff by instilling a sense of autonomy and measuring success by results. After all, results matter, not mouse clicks and not time spent sitting at the desk.”

Instead of leaning on “pandemic-spawned technobabble”, Cupps continued, bosses should simply try to practice “good management.” This involves communication with employees, measuring their effort by the results they achieve, and regularly reviewing those results against other companies, departments, and staff.

“This way,” Cupps concluded, “everyone is pulling their weight, and everyone remains in control while avoiding burnout. The trust goes both ways, and if you play your cards right, your staff may stay working for you – rather than filling the ever-growing number of vacancies in better-paid and better-managed roles elsewhere.”